We’re not the only ones who are super-excited by yesterday’s release of THE LUNCH WITCH. Children’s book site Kidsreads.com has a special feature on the book including a must read interview with writer/artist Deb Lucke. Check out their site for everything you ever wanted to know about Grunhilda and her erstwhile creator!

Lunch Witch Has Them Talking

Our first original graphic novel of the year is also one of the most talked about graphic novls of the year. Check out what fans and critics are saying aboutÂ THE LUNCH WITCH:

â€œTruly, far too often school lunch ladies get a bad rap. In this case, itâ€™s justified, and stout-stomached readers who have always suspected the truth should enjoy seeing how.â€ â€“Â KIRKUS REVIEWS

â€œAt 180 pages, this graphic novel has enough room to pack a great story into its pages!â€ â€“Â THIS KID REVIEWS BOOKS

â€œThis will be a great addition to any collection. Middle grade readers will devour this title.â€ â€“Â GOOD COMICS FOR KIDS

â€œThe misadventures of this witch will have no problem pulling readers in.â€ â€“Â SCHOOL LIBRARY JOURNAL

â€œFor those who like gross stories and nasty characters getting a swift comeuppance with an unexpected underdog coming out on top.â€ â€“Â JEAN LITTLE LIBRARY

THE LUNCH WITCH is also on AMAZON’s Best Books of the Month: Ages 6-8.

DISCLAIMER: Grunhilda the Lunch Witch did not influence the reviewers in any way, shape, or form. Nor did she offer them some lunch.

See for yourself when THE LUNCH WITCH flies into stores March 17, 2015!

Ariol #4: A Beautiful Cow
“One of the best of the best Ariol graphic novels in the Papercutz collection…A fun and sure-to-generate-conversation-starter, readers of all ages will not only fall in love with Ariol (even if his crush Petula might not), but also want to find out more about Ariol and his friends.” â€”DIAMOND BOOKSHELF

Mighty Morphin Power Rangers #1: Rita Repulsa’s Attitude Adjustment
“Itâ€™s awesome, and itâ€™s even kind of scary, and itâ€™s exactly the type of thing that theyâ€™d never really be able to do on the show. [The creators] manage to do a book thatâ€™s not only consistent, but consistently well done … Overall, itâ€™s a solid package and a great first offering.” â€”COMICS ALLIANCE

Dinosaurs #1: In The Beginning…
“It’s very good for Children for their birthdays if they have an interest in Dinosaurs then they will love this book.” â€”DINOSAURÂ FACTS AND FORUM
The Garfield Show #3: Long Lost Lyman
A Children’s Book Council “Hot Off the Press” pick for April 2014.
Rio #1: Snakes Alive!
“This is a must for fans of the original Rio, as well as anyone who is preparing for the second.” â€”SLJ’s GOOD COMICS FOR KIDS 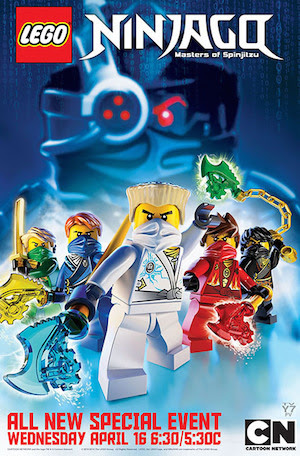