“WWE’s Superstars are truly larger-than-life, with the kind of personality and raw power that makes a comics page crackle with excitement,” said Papercutz Editor-In-Chief Jim Salicrup. “It’s the kind of action and drama that’s just perfect for comics, and Mick Foley is just the WWE Legend we need to make it happen.”

Foley’s series will be set in the real world of WWE’s most electrifying events like Monday Night Raw® and Friday Night Smackdown® and will feature a growing cast of today’s most popular WWE Superstars along with legends from the company’s storied history. The monthly title will launch in December in comic book stores and newsstands nationwide under a new Papercutz imprint for teens and up. Graphic novel collections of the series will launch next May.

“I am very excited about this new partnership and comic book series,” said Mick Foley. “Writing is a great outlet for me, and sharing stories of WWE Superstars, both past and present, make it possible to introduce a whole new
generation to WWE.”

We’re headed to C2E2 this weekend and I’m going to have this song in my head the entire time!

But seriously we’re super-excited to be attending the Chicago Comic & Entertainment Expo for the first time, and in addition to selling books and participating on panels, we’ll have a slew of goodies to give away! Visit us at booth 626 to grab them all!

First up we’ve got free posters for ARIOL, DINOSAURS, and some more of the limited-edition MIGHTY MORPHIN POWER RANGERS posters we premiered at NYCC 2013.

We’re going big with Super Genius in Chicago, and we’ll have copies of all the WWE SUPERSTARS comics with us including the limited-edition Undertaker variant of WWE SUPERSTARS #1 and copies of WWE #0, featuring Chicago’s own son, CM Punk!

WWE Hall-of-Famer and WWE SUPERSTARS writer Mick Foley will be attending the show as well, so be sure to stop by and pick up your copies before you attend any appearances or signings!

If you’re a retailer, please visit our retailers page to read about the retailer exclusives we’ll also have available this weekend!

Are panels are more your thing? You’re in luck! Papercutz editors will be on two panels this weekend:

Description:
Meet some of the industry’s top editors. Learn what it takes to break into comics and stay in from an all-star editorial panel.

The Legacy of Crusher Hogan: The Love Affair Between Comics & Wrestling

Description:
From Peter Parker entering the ring in AMAZING FANTASY #15 to CM Punk yelling out “It’s Clobberin’ Time” on RAW, comics and wrestling have enjoyed a long joint history. Join WWE Hall of Famer Mick Foley he explores the symbiotic relationship between these subcultures.

See you in Chicago! 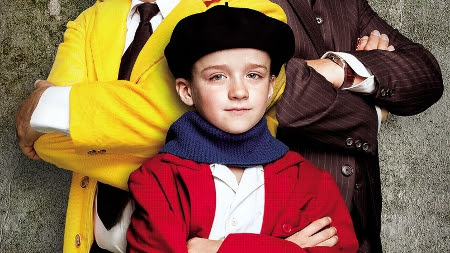